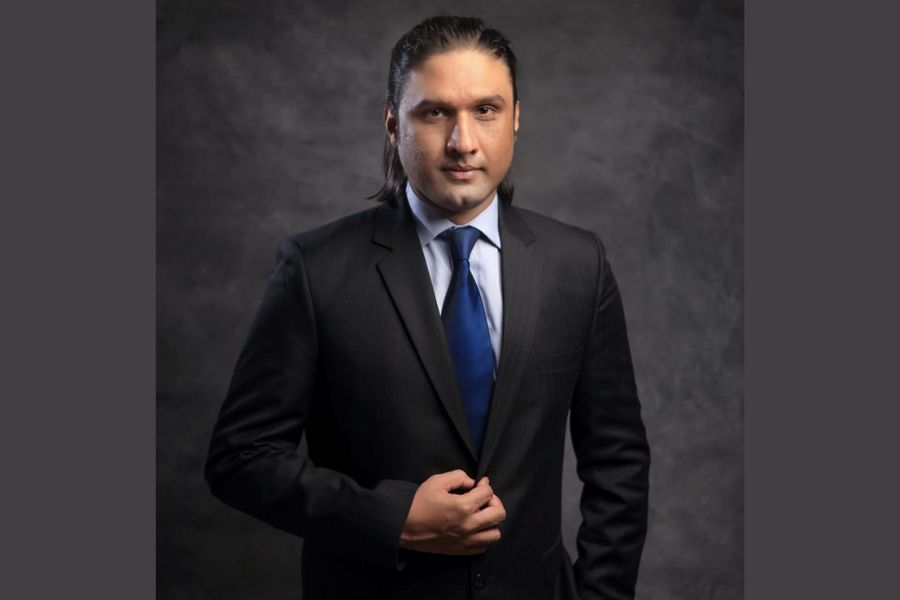 October 29: Mohamed Athar Parveez ahamed is a well known food entrepreneur and founder of HillMARK infra and joint service. Athar is also a real estate developer. He started his entrepreneurship journey in 2008 when he was doing engineering he used to distribute pamphlets. Now he owns 6 different brands and is active in 3 different industries.

Athar started his journey in college alone and with no investment. He has no support. Only his mother supported him and motivated him. She gives him a reason to do what he does after Athar realizes that he has to think about how he will achieve his goals and add value to society. During his college days, he used to job to earn some pocket money. He has a keen interest in entrepreneurship that’s why distribute pamphlets to do networking with new people and understand how business works.

During that, he found requirements for people’s skills development and training. Then he started training people from different domains.

It was not for earning money but he wanted to learn about the problems of different industries and find the Gap in the market. He also did his graduation and post-graduation while running his business.

Successful entrepreneurs become successful not because of initial funding or by earning millions but it’s the taste of failures that make them Successful. Athar’s 1st business failed, and his 1st outlet failed but yet he didn’t give up because he knew where he wanted to reach. The moment he thinks about building a big brand and solving customer problems he feels motivated and starts doing his hustle again with more energy.

In 2008 entrepreneurship and doing business was not a cool thing for college-going students. There was a simple formula for every student that society taught them. Complete 12th, become an engineer or doctor and your life is good. But Athar was not ready to be part of that rat race. Although he had also faced many problems and doubts about his business ideas. Think will work or not and what he will do if he fails and society pressure. Things were never easy for him. Lots of challenges come every time but with continuous learning and implementation, he solves every problem.

Athar registered his 1st company HillMARK infra and joint service on his mother’s name. Mohammad had no funding; he bootstrapped his business from the beginning. In those days Bangalore was also rising and new opportunities were increasing with time. He started Ek Kadak Chai where they serve different varieties of chai. He also started Darbari biryani. Bangalore was famous for its food; they kept the traditional taste of biryani. Later on, these brands became very popular in Bangalore.

Problems and new challenges are just a game for every entrepreneur. To solve all problems and understand customers Athar has a simple formula for learning. To gather new information and knowledge and implement it in business. He does a Gap analysis of the market and product to make the right product.

Athar entered this business very late but grew fast because of his innovation and visionary mind.

Athar’s approach towards business is what makes him different from other companies. Doing work with good intentions and trying to do better every time is what makes a good company into a great company.

Now, apart from Athar is the owner of several brands. Mohammad is associated with some businesses in different domains. In the future, Athar is planning to expand HillMARK infra and joint service by adding some more valuable products and more collaboration. Athar wants to make all his brands well-established all over the country.

Bhutani Grandthum’s Grand Offer 2.0 Is Back

For this Independence day, Bhutani Grandthum is all set to help you secure the biggest deal of the year. If you have missed on the Last year’s GRAND OFFER, then Grand Offer 2.0 is back with a buzz. The scheme encourages you to invest in office spaces and provides you with an opportunity that’s hard […]

greytHR Academy fast-tracks plans to upskill more than 25,000 learners by 2023

Learning courses are available in regional languages such as Hindi, Tamil, Malayalamand Telugu Academy aims to tie up with more than 100 colleges and offer add-on courses to students Bengaluru, 29th September 2022: greytHR, a leading HR & Payroll cloud platform, announced its plans to train 25,000+ working professionals and students through its academic initiative, […]

April 23: The wedding season is going on and so is the on-going charade of giving and receiving gifts. It’s time to get over the mundane concept of gifting a pressure cooker to every newly-wed couple and go do something more personalized. Something that will always remind the newlyweds about how much you care for […]