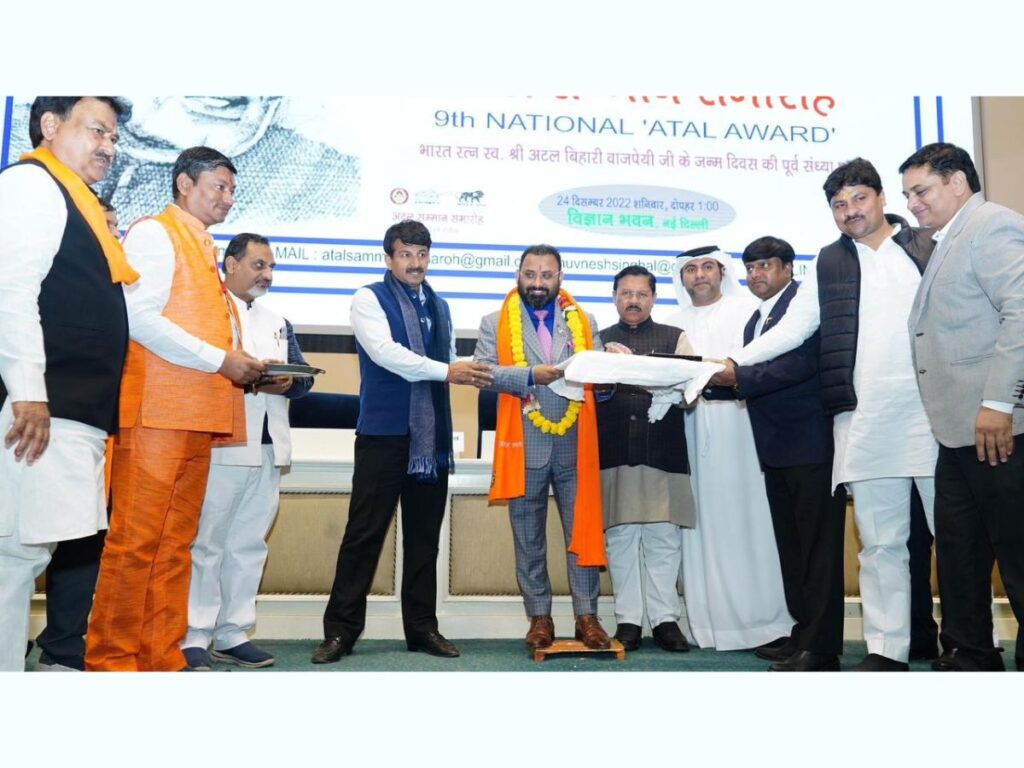 On this occasion, famous MP and actor Manoj Tiwari, Shri Santosh Tandon former National Vice President of BJP and patron of the ceremony Shyam Jaju, MLA Ajay Mahawar, Vice Chairman of the ceremony Neeraj Gupta and many other luminaries were present.

In a glittering ceremony at Vigyan Bhawan, Delhi, Prabhu Mishra received the trophy amidst a gathering of top politicians, entrepreneurs and artistes.

Be Self Dependent: 30-Days Electric Vehicle Training in Just Rs. 99/-

October 06: Today, Several Lakhs of Electric Vehicles are plying on Indian Roads; however it lacks Infrastructure to cater its Service Needs. You may hardly find a Mechanic, aware of its know-how & Repairs. No Institutions that teach EV Courses and No Book Reference to gain knowledge about same. India based Raft Motors have once […]

Walking hand in hand- A global effort of socio-economic development