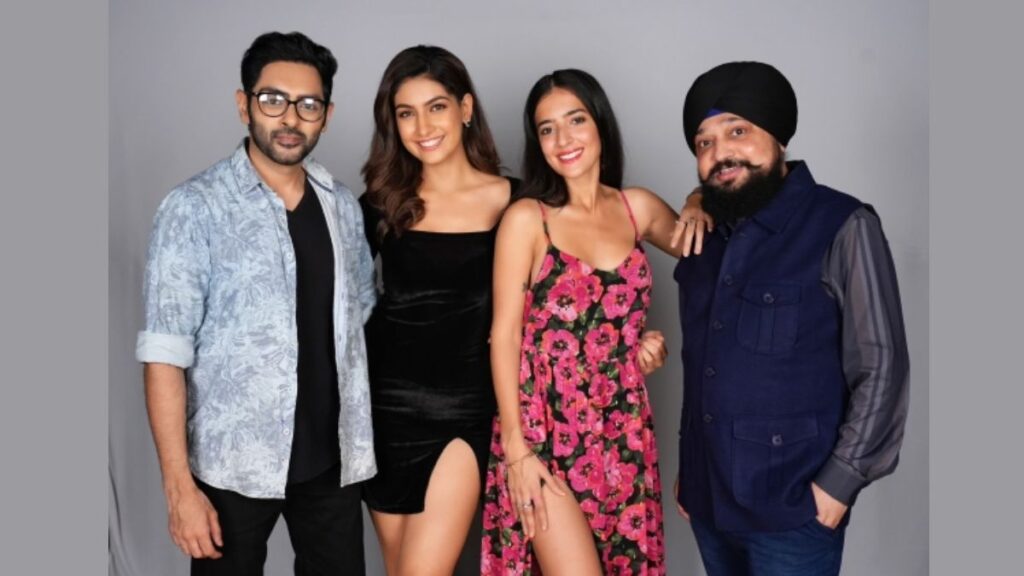 New Delhi (India), December 29: The producer for a film like Soorma is all set to come up with the new festival film ‘Continuity’. This film is very different from other films as it has a distinct story narrative. For example, what happens when a shooting crew meets a vegetable seller and the consequences for the Shoot crew and the vegetable seller is the main backdrop of the festival film.

Lead face Phalguni Khanna is all set to debut on the silver screen with her fantastic performance in the film. She is a renowned face in the ad world, having done more than 100 ads. This is her first film in Hindi. She was getting offers from many producers, but she kept reading the scripts and was waiting for the correct story for herself to get launched. Phalguni adds that she keeps getting film offers but wants to do what will make her feel good and satisfied. She doesn’t care about commercial or artistic cinema. Whatever it is, the story should excite her, and her character should be justified. Like in Continuity, audiences will see very different Phalguni and ger shades. Phalguni is a trained classical dancer.

Phalguni said she met Deepak ji via a common friend, and he called her for the narration. She liked the story so much that she told Yess that this was for her debut in Hindi, but she was also a little worried and asked Deepakji if she could do this role. The trust he has shown in me I am very thankful to him. She has a Telugu film in hand and is reading scripts for her next.

Karan Singh Chabra, a famous host and actor, is also featured in the film. His role is very satisfying to him. Deepakji met Karan Singh Chabra at the time of IIFI at Goa, and Karan told him that he wanted to do a short film, and Deepak ji offered him Continuity.

Splitsvilla fame Soundous Moufakir will also be seen as a fascinating character in the film. Hailing from Morocco, Soundous is making her debut through this film. She said, “I was surprised when sir offered me this film, and I didn’t hesitate to say yes. I will prove myself in this film. I was happy to see myself on the monitor with my style and attire. People will fall in love with this character.”

“A total of 28 characters were in the short film of 20 minutes. And 118 people crew, who worked day and night consistently to make it a success. Dipayan Mandal, Vikas Kumar, and Jenny sarkar were a great help to me in making and setting up this film,” Deepak Singh said.

Now the film is ready to go in the race for International Film festivals. And keeping our fingers crossed, let’s hope this CONTINUITY brings happiness to all.

Aatma Music launches the teaser of its latest music video PEHLI BAARISH MEIN Mumbai (Maharashtra) [India]: Its magical lyrics and incredible cinematography of the hills and the greens that sway on the season’s first rains are shown in PEHLI BAARISH MEIN, the music video featuring young lovebirds played by Nisha Guragain and Asim Riaz. The […]

August 26: After ruling the ramp and representing India on the international stage, the Youngest ever, Mr India Lakkshey Dedha, is all set to chart on a new expedition – that of a silver screen star. Lakkshey will soon be seen on the big screen in Karan Razdan’s Hindutva! Spilling the beans, Lakkshey tells us, […]

VASH, being the most awaited film is releasing on 10th Feb, 2023, On public demand. VASH knowing door of cinema hall early that is predictable thrill for cinema goers of Gujarati film

New Delhi (India), February 7: Believe it or not but the world is a part of 2 different energies, good and evilWhat happens when they collide?Good & evil in as personality of an individual & storyline of Vash.Kunal Soni renowned choreographer, industry insider of entertainment very good DJ versatile enterprise owner turned first-time producer of […]